Why buy into the Orlando Disney real estate?

Home
/
Why buy into the Orlando Disney real estate?

What more do you want? 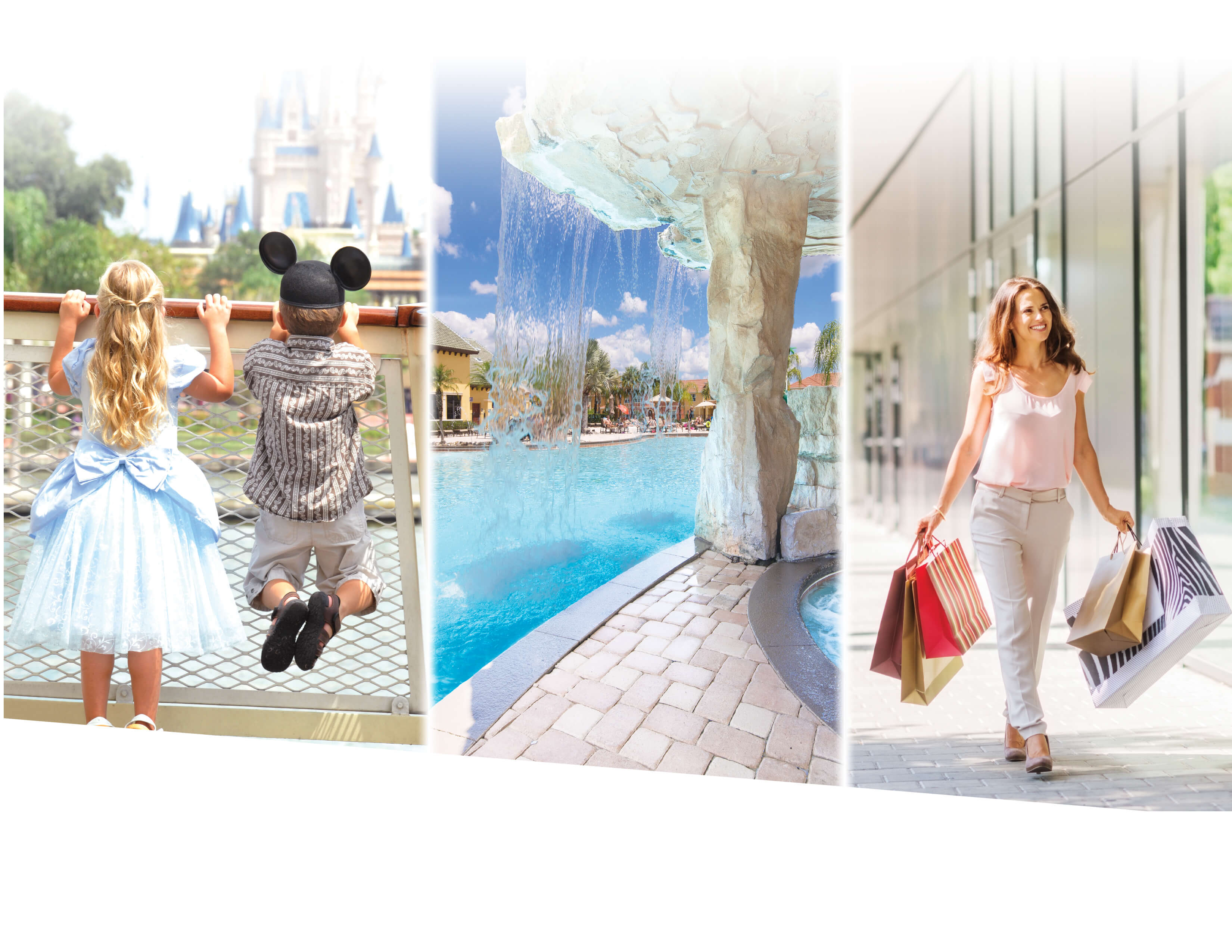 Orlando is one of the world’s most visited family vacation destination, and it’s easy to see why. Over 75 million people come to Orlando annually, eager to take advantage of its gorgeous year-round warm weather, close proximity to world famous attractions and wealth of nearby shopping spots, golf courses and beaches. Read on to get a quick glimpse into the entertainment that awaits.

Theme Parks
No mention of Orlando entertainment is complete without highlighting Walt Disney World®Resort. In addition to the world’s most popular theme park, Walt Disney World’s Magic Kingdom, Orlando is home to a host of other Disney parks including Animal Kingdom, Epcot and Hollywood Studios, each of which offers a unique family fun experience. That said, Disney is far from central Florida’s only theme park offering. You’ll also find Universal Studios, Islands of Adventure and SeaWorld, as well as top water parks like Aquatica and Blizzard Beach.

Even with its already massive selection of theme parks to choose from, Orlando isn’t done growing. From the Star Wars: – Galaxy’s Edge at Disney Hollywood Studios to the New Tron Attraction at Magic Kingdom, Orlando’s list of must-see attractions continues to grow each year, giving its annual visitors reasons to keep coming back.

Entertainment and Nightlife
During the day, Orlando offers plenty of action-packed fun in the Florida sun, but at night, a whole new Orlando scene comes to life. Whether you’re looking for family-friendly fun or prefer a more “grown-up” experience, the Orlando entertainment and nightlife scene has something for everyone. From dinner shows like the famous Medieval Times to world-class entertainment like the must-see Blue Man Group, Orlando’s family entertainment offerings are many.

Shopping
Orlando is world-famous for its shopping spots and boasts some of the world’s most popular premium outlets and malls, where you can find top brands like Ralph Lauren, Michael Kors, Prada, DKNY, Guess, Gucci, Lacoste and more, all at discounted prices. Whether you’re visiting the Florida Mall with over 250 different stores, Orlando’s Premium Outlets or one of Orlando’s many other upscale shopping centers (like Disney Springs), you can find any and all of your favorite name brand merchandise at prices you won’t find anywhere else.

Beaches
One of the reasons Orlando is so popular with both tourists and home buyers is that while it’s home to some of the world’s most popular theme parks and entertainment venues, it’s also just a short drive from the beautiful Florida coast. Some of Florida’s most pristine, white sandy shores, like Cocoa Beach, are less than an hour from the Orlando area, while other favorites like the award-winning Clearwater Beach, Daytona Beach, New Smyrna Beach and the Canaveral National Seashore are all less than 90 minutes away. Who said you can’t have it all?